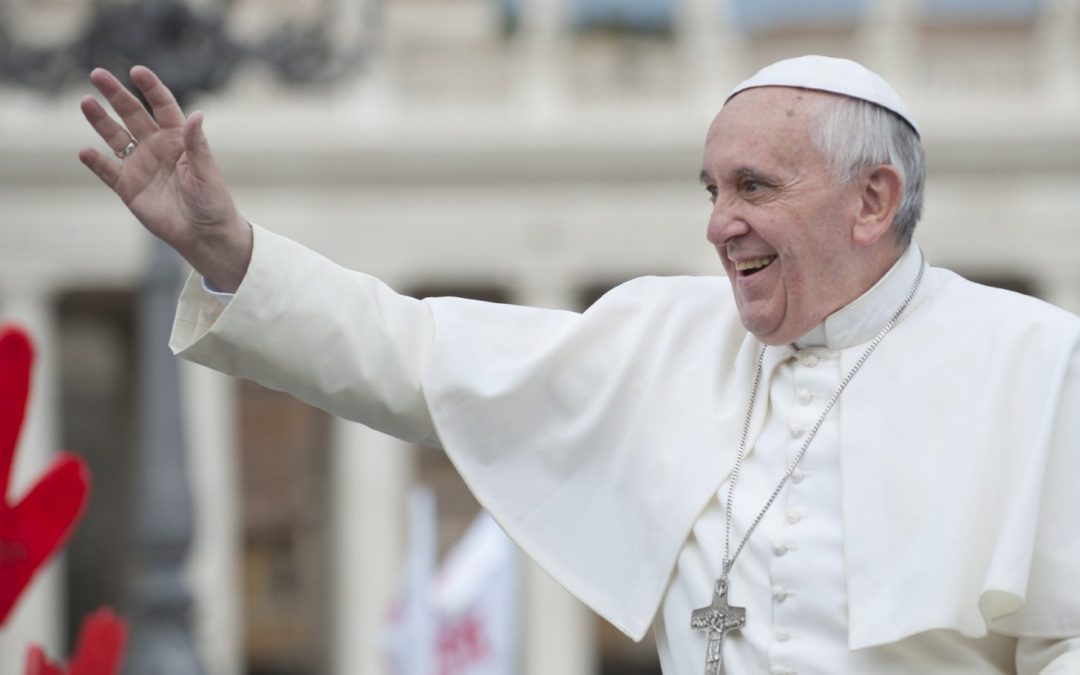 Jorge Mario Bergoglio was born on Dec. 17, 1936, in Buenos Aires, Argentina, to Italian immigrants, Mario Jose Bergoglio and Regina Maria Sivori. He was the eldest of five children. After graduating from high school, he worked as a chemical technician, but he soon realized his true calling of the priesthood.

When he was 21, he suffered a severe lung infection that led to the removal of part of his right lung.

He graduated from technical school as a chemical technician before training at the Diocesan Seminary of Villa Devoto. In 1958, he entered the novitiate of the Society of Jesus.

He studied theology at the Colegio Maximo de San José and completed his doctoral thesis in theology in Freiburg, Germany.

He was ordained a Catholic priest on Dec. 13, 1969, and began serving as Jesuit provincial of Argentina in 1973. In 1980, he returned to his alma mater, the Colegio Maximo de San José, where he served as rector and a professor of theology until 1986.

In 1992, he was appointed titular bishop of Auca and auxiliary of Buenos Aires.

In 1998, he became archbishop of Buenos Aires and three years later he was elevated to cardinal by Pope St. John Paul II.

In 2005, he was appointed president of the Bishops’ Conference of Argentina, which he served until 2011.

In 2013, after Pope Emeritus Benedict XVI resigned, Jorge Mario Bergoglio was elected the new leader of the Catholic Church.

On March 13, 2013, Catholics around the world heard the Habemus Papam (“We have a pope”) announcement as Jorge Mario Bergoglio became the 266th pope of the Roman Catholic Church. With that, he made history by becoming the first person from the Americas, the first non-European and the first Jesuit priest to be named pope. He chose the name “Francis” after St. Francis of Assisi.

Addressing the crowds in St. Peter’s Square after the conclave, the new pope asked for their prayers: “And now I would like to give the blessing, but first I want to ask you a favor. Before the bishop blesses the people, I ask that you would pray to the Lord to bless me — the prayer of the people for their bishop. Let us say this prayer — your prayer for me — in silence …” The tone of his papacy was set.

From the start, Pope Francis has won admirers all over the globe. The stories of his humility were quickly picked up, while his lifestyle broke traditions that had been upheld by his predecessors for more than a century — from his choice of residence and where he chooses to eat to even his choice of transport.