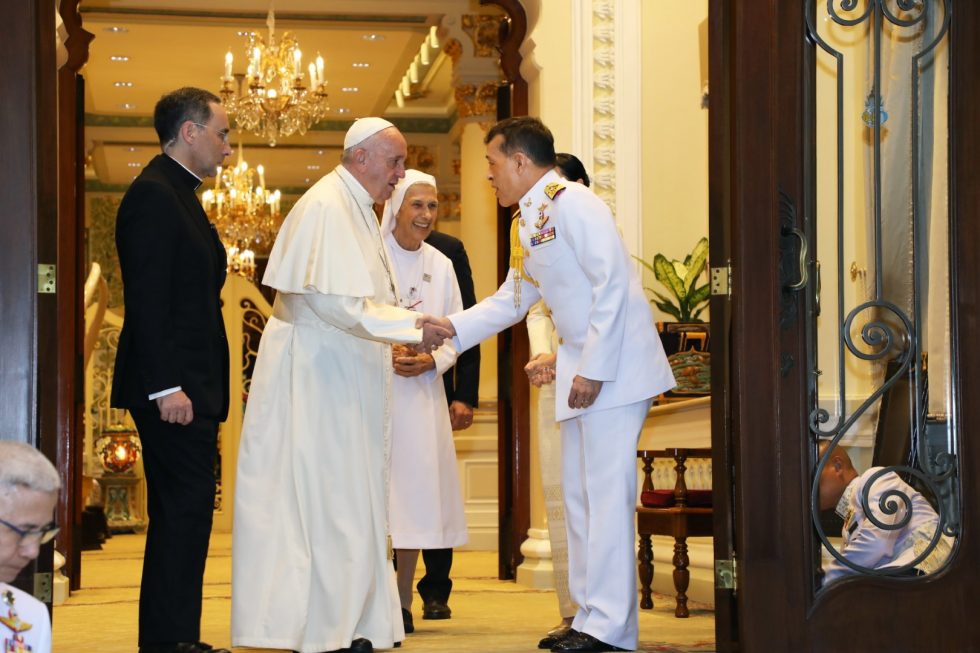 Today (November 21, 2019) at 17.00, His Majesty King Maha Vijiralongkorn and Her Majesty Queen Suthida held an audience at Amphorn Satharn Throne Room, Dusit Grand Palace, with His Holiness Pope Francis, the sovereign of the Vatican City State and the Supreme Pontiff of the Roman Catholic Church on the occasion of his official visit to the Kingdom of Thailand per the invitation of the Royal Thai Government and the Catholic Bishops’ Conference of Thailand on November 20-23, 2019. 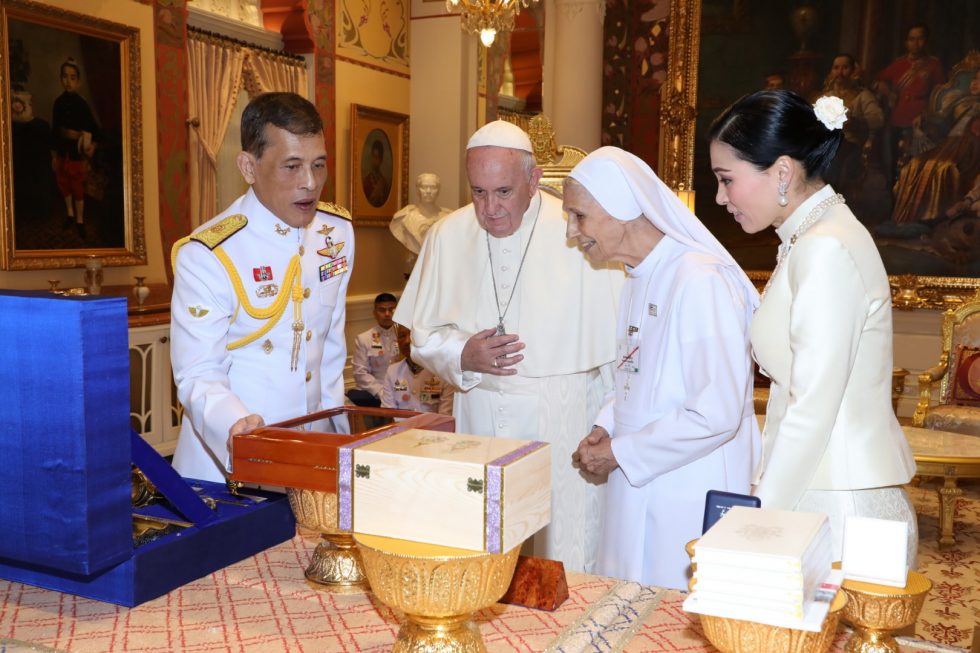 His Holiness Pope Francis is the sovereign of the Vatican City State and the Supreme Pontiff of the Roman Catholic Church. He is the 266th pontiff who was chosen on March 13, 2013 and he was the 2nd pontiff to visit the Kingdom of Thailand. This year is the 350th anniversary of Mission to Siam which is the beginning of the Catholic Church in Thailand; it is also the 50th anniversary of the diplomatic relationships between Thailand and the Vatican City State. In addition, it is also the coronation year of His Majesty the King as well,

The exchange visits between the sovereigns of Thailand and the Vatican first began with King Chulachomklaochaoyuhua who paid a visit to Pope Leo XIII in 1897. King Pokklaochaoyuhua and the Queen Consort Rampaipannee paid a visit to Pope Pio XI in 1934. And King Bhumibol together with Queen Sirikit paid a visit to Pope John XXIII in 1960 and then, in 1984, His Majesty King Maha Vajiralongkorn (at that time, styled Crown Prince) represented King Bhumibol to receive Pope St. John Paul II who was the first pontiff to visit Thailand. Later, in 1985, His Majesty King Maha Vijiralongkorn (at that time, styled Crown Prince) also paid a return visit to the pope. 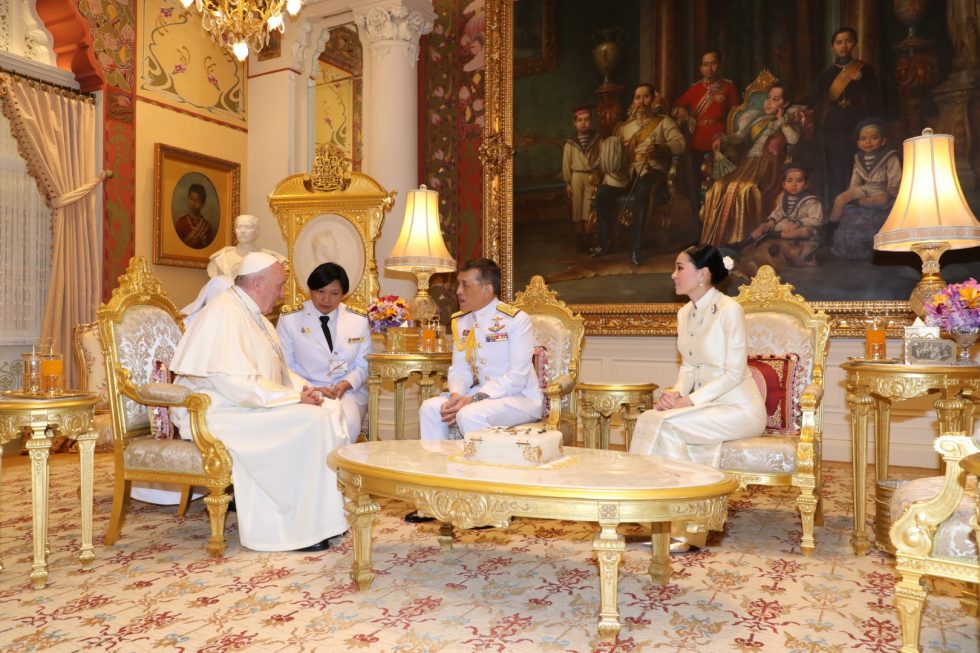 The Kingdom of Thailand and the Vatican City State agreed to diplomatic relationships during the time of Pope St. Paolo VI with the Instansilla dated April 25, 1969 elevated the relationship to the diplomatic level with the establishment of the Apostolic Nunciature Embassy to Thailand. That same year Deputy Minister of Foreign Affairs Mr. Chitti Sucharitkul and Archbishop Jean Jadat, papal representative at that time, exchanged a diplomatic agreement.

When the time was right, Pope Francis took leave from His Majesty the King and Her Majesty the Queen and left for Supachalsai National Stadium.