Nov. 21, 2019 beginning at 9 am, His Holiness Pope Francis, the sovereign of the Vatican City State and the Supreme Pontiff of the Roman Catholic Church, paid a visit to the Government House for an official welcoming ceremony with Prime Minister General Prayuth Chan-o-cha and his ministers who received him before His Holiness gave an address to civil society and diplomatic corps.

His Holiness Pope Francis began his mission in Thailand by visiting the Government House for the official welcoming ceremony as the honor guest of the Royal Thai Government at Thai Ku Fah Building. Prime Minister General Prayuth Chan-o-cha received His Holiness Pope Francis before inviting him to receive the salute from the Guard of Honor from the viewing platform. The Guard of Honor comprised of the Thai Royal Army, Thai Royal Navy, and Thai Royal Air Force. The marching band played the national anthems of both the Vatican City State and Thailand.

At Santi Maitri Building, ministers, army commanders, diplomatic corps, civil society, representatives of various religions, and guests of honor awaited to receive Pope Francis. When His Holiness arrived, the Prime Minister gave a speech about how joyful it is for him that Pope Francis has visited Thailand. Pope Francis then gave an address to those present.

35 years ago, on May 11, 1984, His Holiness Pope St. John Paul II paid a visit to the Royal Thai Government where General Prem Tinlanonda, who was the Prime Minister at that time, officially welcomed him to the Kingdom of Thailand.

After finishing his address, His Holiness had conversations with those who were present before leaving for Wat Ratchabophit Sathit Maha Simaram Temple. 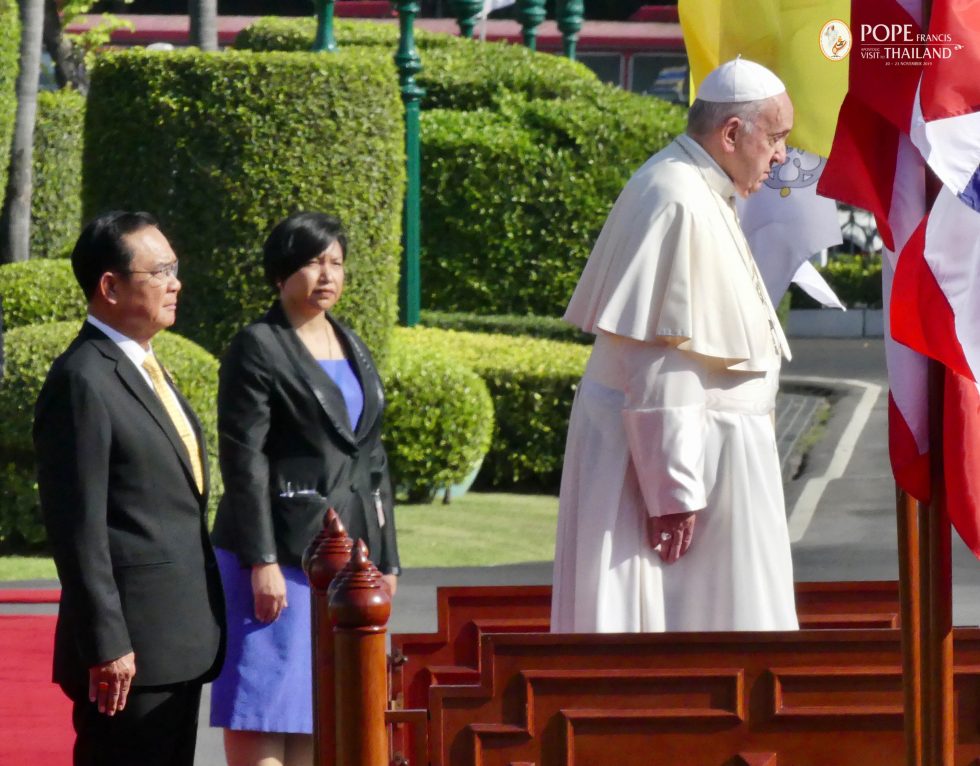 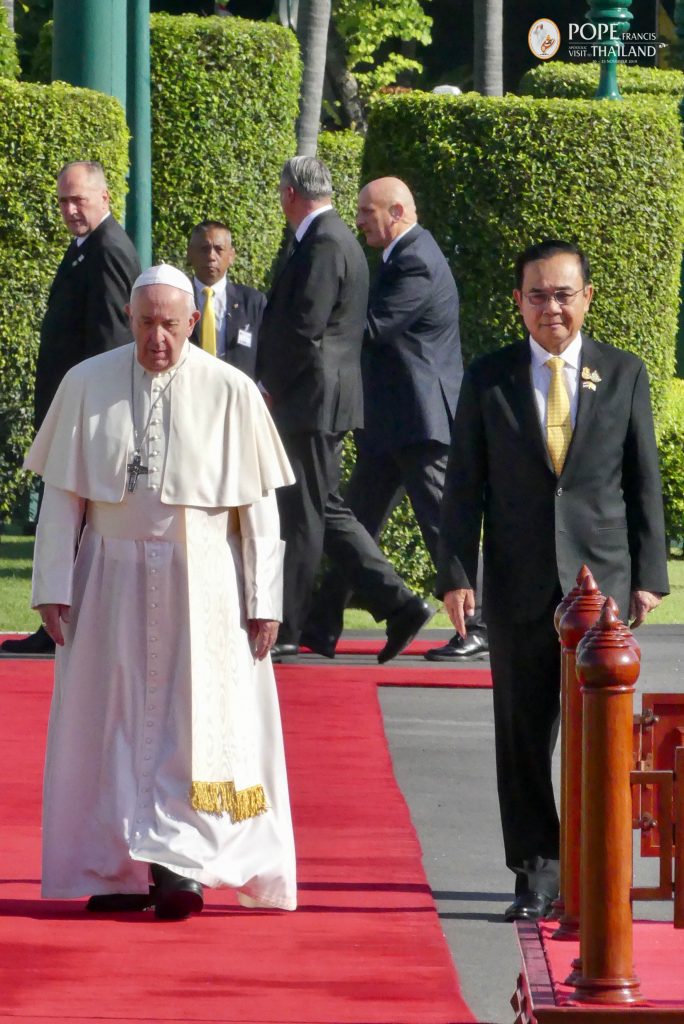