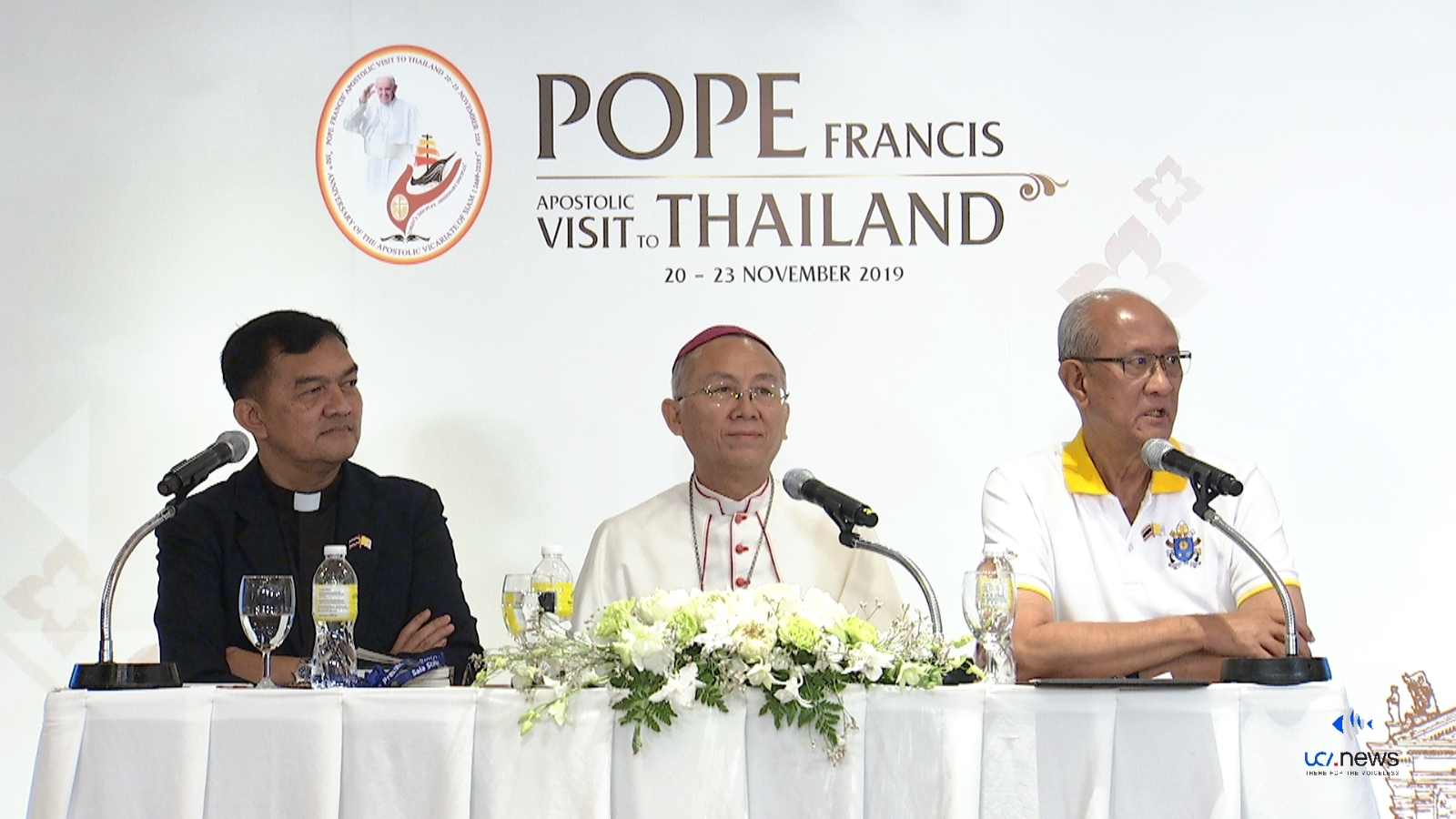 This is in regard to Pope Francis’ apostolic journey to Thailand on November 20-23, 2019.

As you have already learned, His Holiness Pope Francis is making an apostolic journey to Thailand. This is a joyous occasion for all of us, Catholics, especially this year is the 350th anniversary of the Roman Catholic Church in Siam.

The mission and the life of Pope Francis, the Supreme Pontiff of the Roman Catholic Church is the declaration of the culture of love and compassion in accordance to the teaching of Jesus Christ.

His pastoral visit to Catholics and other congregations of all nations, languages, religions, and denominations is in his culture to strengthen the universal brotherhood; as well as for the unity of humanity that will bring forth the benefits of humanity.

I would like to invite Catholics to unite in prayer for Pope Francis and to participate in the Holy Mass and welcoming him; as well as uniting in various ministries which he will embark during his visit to Thailand in true harmony for the resurrected Jesus Christ, “the love of God,” will be among us, Catholics who gather in His name.

May Jesus forever blesses you, brothers and sisters, families, and all communities of all faith.

Deputy Secretary General to Catholic Bishops’ Conference of Thailand Monsignor Dr. Visanu Thanya-anan said that Pope Francis arrived in Thailand at 11.48 with His Majesty King Maha Vajiralongkorn graciously assigned the acting President of the Privy Council, General Surayud Chulanont, to represent him in welcoming His Holiness. There were also Deputy Prime Minister Somkid Jatusripitak and representatives of the Royal Thai Government to greet him.

Monsignor Dr. Visanu said that during this visit, Pope Francis will visit the Government House on November 21, 2019 to meet with the Prime Minister, ministers, civil servants, and ambassadors. Then, he will visit the Supreme Buddhist Patriarch at Wat Ratchabophit Sathit Maha Simaram Temple before meeting with medical staff and paying a private visit to infirmed and disabled people at St. Louis Hospital. Pope Francis will also privately visit His Majesty the King Maha Vajiralongkorn before presiding over Holy Mass for the faithful on the occasion of his apostolic visit to the Kingdom of Thailand at Supachalasai National Stadium.

On Nov. 22, Pope Francis will hold meeting with priests, religious, seminarians and catechists at St. Peter’s Parish before paying a visit to the Blessed Nicholas Bunkerd Kritbamrung Shrine in Samphran, Nakorn Pathom province. Later, he will meet with the Catholic Bishops’ Conference of Thailand and the Federation of Asian Bishops Conference. Before leaving, he will meet with the Thai Jesuits. Then, he will meet with leaders of other Christian denominations and other religions as well as faculties and students at Chulalongkorn University. He will also preside over a Holy Mass for young people at Assumption Cathedral. Pope Francis will then travel onward to Japan on Nov. 23.

On the day of his arrival to Thailand, His Holiness Pope Francis is resting at Apostolic Nunciature Embassy of the Holy See to Thailand. He will officially begin his mission in the Kingdom of Thailand tomorrow.